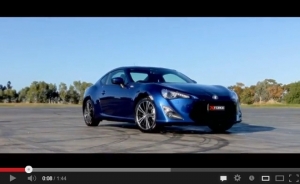 DBC2 are proud announce the release of the first online video from a series we produced with XFORCE Performance Exhausts.

The videos, filmed at Shepparton’s DECA Driver Training Facility, were the result of over four months of planning and a significant effort across the whole DBC2 team.

Stay tuned for the release of the remaining seven videos filmed on the day, which will be released over the coming weeks.