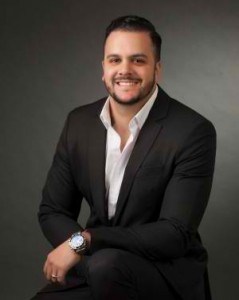 “DBC2 welcomes Ross Churchill to our team, who joins us as Account Director and Digital Specialist based in Sydney. Ross started his career in publishing for Express Publications, working on automotive titles and then co-founded Freestyle Magazine before being appointed as Marketing Manager for US workwear; DICKIES, overseeing the Australian and New Zealand markets. In 2010, Freestyle Magazine was acquired by MotorActive and re-branded to Freestyle Rides which also saw Ross join the MotorActive team as the Marketing Business Development Manager, where he continued to oversee Freestyle Rides as well as the marketing for MotorActive’s brands such as Meguiar’s, Liqui-Moly, 3M, House of Kolor, as well as the MotorEx event. For the last two years, Ross has been at RANDEM Media, where he was fortunate enough to deal with multinationals such as CASTROL, BP and SUBARU; and 4WDSupacentre.com.au in the role of Marketing Manager, before joining the DBC2 team.

“I’m excited to begin a new journey DBC2. They are a highly respected agency and are at the forefront of automotive and motorsport marketing in Australia so I knew working with Dale and the team would be a great opportunity.