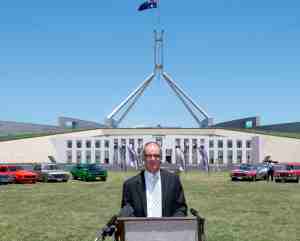 Summernats is only a month away, and DBC2 have been busy organising the Summernats 27 media launch.

On Wednesday December 4th Canberra’s finest and fiercest street machines made a stand on the grassed area on Federation Mall in front of Parliament House; the central hub of our national democracy, to launch the annual Street Machine Summernats 27 Car Festival.

Alongside the launch, DBC2 have been busy promoting the event, organising media accreditation and running promotions for the event.

DBC2 will be on the ground at Summernats, running the PR and media for this iconic event.