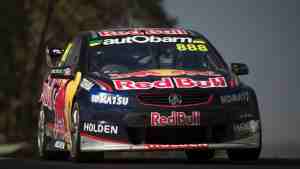 DBC2 client Steve Richards made the recent announcement that 2014 will see the 3-time Bathurst 1000 champion racing with Red Bull Australia.

Moving on from Ford Performance Racing, Richards will compete with Red Bull in the Pirtek Enduro Cup alongside Craig Lowndes.

“It’s great to announce that I’ll be driving with Red Bull Racing Australia and Triple Eight Race Engineering for two seasons,” said Richards in a statement.

“I’m really looking forward to this year and it’ll be fantastic partnering Craig, one of the strongest endurance drivers in Australian touring car history.”

DBC2 look forward to working with Steve as he makes some exciting changes.