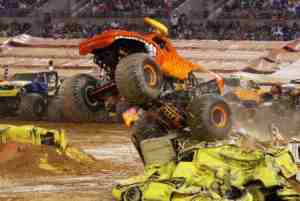 The event we have been working on all year, Monster Jam, has finally come and gone.

On October 19th at Sydney’s ANZ Stadium, the 3×3 metre Monster Jam trucks from America put on their first ever Australian performance with all the stunts and spectacles one would expect.

DBC2 have been working on Sponsorship, PR, Publicity, Social Media monitoring, Promotions and Media Placement for the months leading up to the monstrous event, with some great results along the way.

We attended the event on behalf of clients Monster Jam and Dyno Dynamics whose entry-level dyno brand, Dynotech sponsored the event, assisting with pre-event publicity around Sydney and activation at the show.

Promotions ran in 35 publications, securing thousands of dollars’ worth of coverage. The Daily Telegraph got behind the wheel of the monster ‘Max-D’ before the show and ran a great video piece online which you can view HERE.

DBC2 organised a busy 2 week media schedule leading up to the event, with one of the famed trucks ‘Grave Digger’ being strategically placed around Sydney at Iconic landmarks and venues for specific activities like the ‘Beads of Courage’ program, which ran at the Children’s hospital in Westmead.

Along with the PR and Media Buying for Monster Jam, DBC2 also played a major role in the Sponsorship Acquisition and Servicing for the Monster Jam Show. DBC2 in collaboration with Feld signed some great names to the one off Sydney show, with the likes of Tyres & More, Dynotech, Carline, NRMA and GoPro.

DBC2 were privileged enough to work alongside these brands throughout the show, ensuring each sponsor received maximum benefits from their individual packages. DBC2 also assisted each sponsor with some great consumer engagement opportunities through the Pit Party Session.

Managing Director of Feld Entertainment (Australia) Pty Ltd, Liza Evely-Thomson showed her gratitude for our efforts, saying “Team DBC2! Thanks for all your hard work during the first ever Monster Jam campaign in Australia, and specifically in the lead up to the big event.  You’ve all been valuable members of our team, and have contributed to the success of the engagement.” 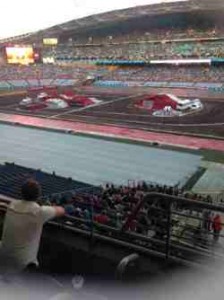 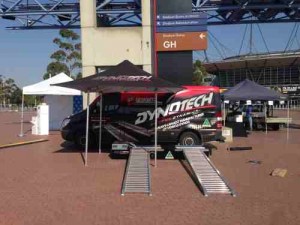