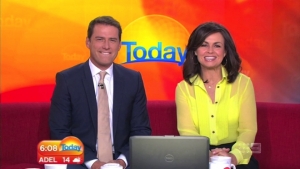 MotorEx, Australia’s greatest annual celebration of custom, performance and collectable cars, will for the first time be staged in Melbourne in 2014, then alternate between Sydney and Melbourne each year after that.

MotorEx 14 will be held on the same third-weekend-of-July date in 2014 at the newly refurbished Melbourne Showgrounds, next door to the famous Flemington Racecourse (home of the Melbourne Cup) on the fringe of Melbourne’s CBD.

The new Sydney-Melbourne show cycle has been designed to alternate with a similar two-state system used by the Australian International Motor Show (AIMS) each year, so that when MotorEx is in Melbourne the AIMS will be in Sydney and vice-versa.

“Melbourne has a tremendous car culture and the locals have been pleading with us for years to bring MotorEx to the Victorian capital, so it’s great to finally be able to do so,” explained MotorEx owner Bruce Morrison.

“There’s lots of display space at the Showgrounds, plus ample car parking and several public transport options available, so we’re confident that Melbourne’s MotorEx will be a big hit with Victorian show goers from year one.”