How Australia is changing the way that we consume media 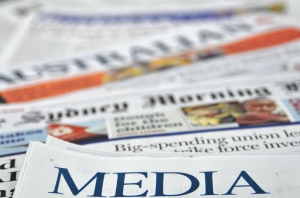 There are many varied opinions about the impact of the internet on society. What is undeniable however is that the internet has a significant impact on the daily lives of the majority of the Australian population.
The internet and social media in particular are part of an average Australian’s daily routine, which is why Australia aims to be one of the world’s digital leaders by the end of the decade. The Australian government have already proven their mark on this, introducing the National Broadband Network (NBN) that will allow 93% of Australia’s population access to high speed internet and super-fast downloads.
These are some of the reasons Australia’s media is producing and consuming more digital media and content than ever before. In 2007 there were less than 1 million Australian websites that ended with .au, in 2012 that number has soared to over 2 million in just five years. Buying online has become a habit to most Australians; according to the Boston Consulting Group, online sales have tripled in the past ten years.
Neilson research now suggests that the Australians who are online spend more time consuming internet media than traditional media, such as watching television, listening to radio or reading magazines and newspapers. (Refer to picture below) 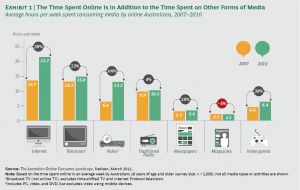 Digital is becoming so big that even the largest selling newspaper in Australia has been forced to move to a full digital version, and it’s not just the big players that are feeling the heat.
This week alone, I’ve had four magazine companies ring me trying to pitch advertising. Three years ago the only reason you would receive a phone call from a magazine was to tell you that your artwork was late!
This alone proves that the traditional advertising and marketing tools just aren’t as effective or cost effective as they used to be. Referring back to the image above, the solid proof is that magazines are not only struggling, but the readership and consumption is in decline and doesn’t look like it’s getting any better. That said, you will still pay a higher rate than three years ago to advertise in a magazine with readership in decline.
The Australian public want to be engaged and stimulated by the media they consume, and this is proven with a 58% increase in online media consumption and a staggering 106% increase in video consumption between 2007-2010; only three years! 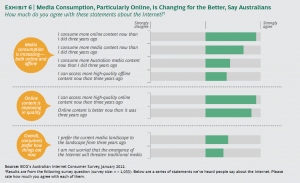 As reported from the Boston Consulting Group, Australian consumers are happy with the new ways they consume media, and prefer it to what was available in the past. This is because the power is in the hands of the Australian population; they now have the power to decide how and what they want to consume.
The automotive industry needs to take a hold of what is on offer through this largely expanding channel. It may seem like a scary and unknown road to take, but significant results can be achieved by investing in this channel.
Something to keep in mind is that this is not a whole new direction that needs to be taken. It’s just a new channel that needs to be taken advantage of, just like when TV and radio advertising were first introduced. The traditional marketing tools still work, and some of them, like radio and television, are still improving. While if you’re spending a large budget in print advertising, you’re no longer getting a bang for your buck.
Although it may not be your key marketing and advertising tool, the internet is a channel that needs to be a part of any business. It’s a simple, cost effective and fun way to engage the Australian population with your brand.