Auto One Ute Giveaway
Auto One completed its largest promotion the company had ever undertaken, offering customers the chance to win a $50,000 Holden V8 SS Limited Edition Thunder Ute. The ute was given away to the lucky winner in January, which appeared as the official safety car for four rounds of the 2011 Auto One V8 Ute Racing Series – protected by Armor All. 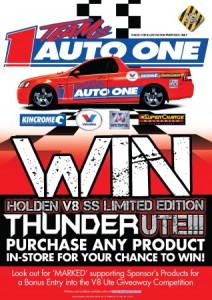 Wanda Launch
After months of anticipation, Wanda the complete compact car refinishing system finally became available down under, and with 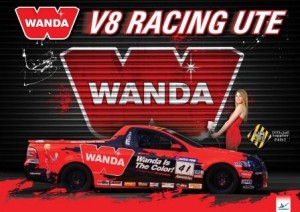 the assistance of DBC2 was launched industry wide through a number of publications and events including the V8 Ute Season launch!

V8 Ute season Launch and 2012 racing series
The Auto One V8 Ute Racing Series – protected by Armor All officially launched into the 2012 season at Nulon Oil headquarters in Sydney in mid-February and a number of clients joined in with the celebrations. The season was an action packed affair and with Auto One wildcard drivers to organise round by round sponsorship activation there was never a dull moment.

Aznew and xForce
On the eve of the Bathurst 10 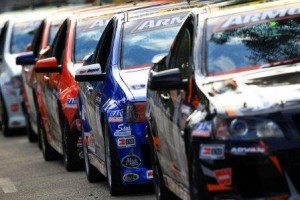 00, Brad Jones Racing has unveiled a custom livery for their Dunlop Development Series car driven by Andrew Jones, sporting Aznew, Australia’s largest supplier of reconditioned fuel injectors in primary position on both sides, and performance exhaust experts XFORCE on the bonnet. DBC2 was proud to organise a joint sponsorship between two of its clients to gain exposure at one of the largest motor racing events of the year.

Motorex
Meguiar’s MotorEx 12, the largest and most prestigious motoring enthusiast event of its kind in Australia, achieved record breaking crowd numbers this year, attracting tens of thousands of eager car enthusiasts into The Dome in Sydney Olympic Par 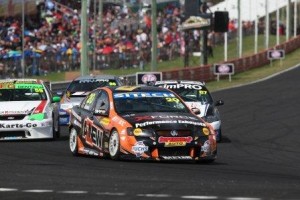 k. DBC2 was heavily involved at both an event level with public relations and activation for clients Rare Spares and Auto One. The national TV exposure was definitely a contributing success to the attendance numbers and looking forward to 2013!

Summernats
DBC2 sent a select crew to the 25th birthday of the annual Summernats Car Festival in Canberra; the biggest horsepower party in the Southern Hemisphere. DBC2 were responsible for all media and sponsorship management at the iconic Aussie street machine event that attracted over 90,000 patrons.
DBC2’s public relations team helped the event secure national TV, radio and print coverage leading up to and at the event. DBC2 processed and oversaw the media accreditation process, and initiated a number of ticket giveaway promotions through print and radio media channels. Preparations are underway for another BIG Summernats 26 in January 2013. 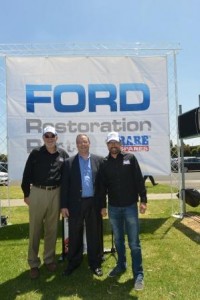 WTA – Vsport
After a valiant performance at last year’s World Time Attack, performance street and competition equipment specialists V-Sport made a return to the track with the same Mitsubishi EVO X that secured them sixth place in the Open Class last year. DBC2 were on hand to pre-promote V-Sports presence at the event with specials, create content and leverage sponsorship opportunities.

Rare Spares TV Exposure
DBC2’s public relation division recently secured a feature story on the Channel 7 News for our client RSP Industrial and Automotive and Rare Spares. The segment focused on the recent success and growth of the company, despite the current state of the economy and the media doom and gloom surrounding the local automotive parts manufacturing industry.
On the 15th of May when the story was aired, Channel 7 News was the most watched TV show in Victoria in its timeslot, with a Victorian audience figure of 613,000 people, providing significant media value to RSP Industrial and Automotive.

DBC2 were proud to help ENZED organise a joint venture with Auto One to create a unique split livery on a Holden ute in support of both of our clients sponsorship of the V8 Ute Racing Series.
The eye-catching ute displays the signage of leading auto parts retailer Auto One on the front and along the left-hand side, with mobile hydraulic hose/connector specialist ENZED displayed across the back and down the right-hand side.
The Auto One/ENZED ute was built purely for promotional purposes, and was on display at each round throughout the Australian V8 Ute Racing Series. The ute was equipped with a powerful Boss in-car sound system to increase its appeal to spectators during promotional activities. 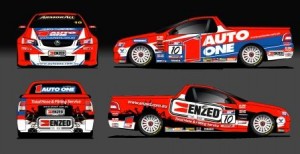 DBC2 Digital Launched
DBC2 are proud to report that we successfully launched DBC2 Digital, our new digital marketing initiative, at the 2012 AAAA Conference earlier this year. As the Gold Sponsor for the conference, DBC2 were given a prime space to let conference attendees know about their new digital offering.
DBC2 Digital has been developed to help automotive businesses in Australia understand and take advantage of the many unknown, untapped opportunities that this new digital space offers. 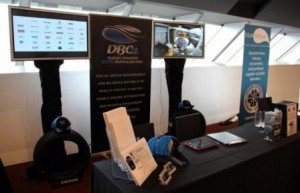 Our Growth
The DBC2 family has grown significantly in 2012. We welcome new members to our management team; Katriona O’Brien, Marketing Production Manager, Matthew MacKelden, Motorsport Manager and Kevin Spiteri, Group General Manager. They bring to the DBC business a wealth of experience and knowledge in automotive marketing and management. To view their LinkedIn profiles go to:http://www.linkedin.com/company/dbc2

To support the expanding DBC2 team, we are moving to greener pastures! We look forward to sharing our new address with you all in early 2013.

We wish you and your families a happy and safe festive season. Thank you for your continued support and bring on 2013!