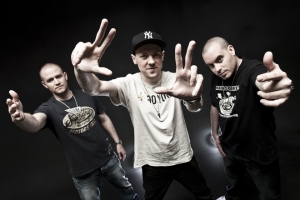 On the back of the highly successful 25th year, which affirmed the iconic Canberra car festival’s title as Australia’s biggest horsepower party, the Street Machine Summernats have stepped it up a gear, announcing multi-ARIA award winning Aussie hip-hop royalty the Hilltop Hoods as headliners for the 2013 event.

After attracting over 90,000 avid car enthusiasts to the 2012 festival, Summernats 26, to be held in the first weekend of 2013 from 3-6 January, has the Hilltop Hoods headlining the Friday night of entertainment.

“We’re really pleased to have the Hoods, Australia’s kings of hip-hop, at the Nats. These guys are genuine Aussie music royalty,” said Summernats co-owner Andy Lopez.

The Hilltop Hoods, who’ve just performed a sold out show at the ANU as part of a sold out Aussie tour, are just as happy to be at Australia’s biggest car festival.

“We can’t wait to get down to Canberra and kick off the New Year at the Summernats,” said MC Suffa of the Hilltop Hoods.

And there’s more to come at the Nats, with the Saturday night headliner and much more still to be announced.

Lopez says, “The Summernats is and always will be about the cars. Our punters loved last event’s concerts with Drapht and The Screaming Jets. This year, the Hoods and other artists are again a great added value for our loyal fans. People who love cars love music; that’s why they put stereos in them.”

Vehicle entrants for Summernats 26 from the Australian street machine community are currently at a record high, with more than twice the number of entrants as this time last year.

“These outstanding entrant numbers five months out from the event just goes to show that the street machine community is strong and vibrant. They’re out there in their workshops and garages all around Australia building cars to bring to Summernats,” said Lopez.

Tickets are currently on sale for Summernats 26, with this year’s festival offering more than ever for fans across Australia.

The best-priced tickets are available from the Summernats website www.summernats.com.au and all the Summernats’ entertainment and concert events are, as always, included in the ticket price.

Summernats 26 will be held at Exhibition Park in Canberra from the 3rd – 6th January 2013. For more information and ticket prices, visit the website at www.summernats.com.au

DBC2 are responsible for PR, media management, promotions, advertising and sponsorship at Summernats.