DBC2’s First Ever Client To Win The Bathurst 1000!

DBC2 would like to say a huge congratulations to Steve Richards, our first ever client to win the Bathurst 1000!

Co-driving for Mark Winterbottom with Ford Performance Racing, Richards claimed his third victory at Mt Panorama, previously winning the race in 1998 and 1999.
Richards said this was easily the toughest Bathurst 1000 he has raced in and equally the most satisfying.

Richards had to endure difficult conditions for the whole race with vicious cross winds lashing the circuit from the drop of the green flag, buffeting the cars as they raced around the 6.2 km circuit.

After winning the iconic event, Richards made a stop off in Perth to participate in some sponsor events. DBC2 organised some local Perth radio interviews with the Bathurst winner while he was in town.

The final Porsche Carrera Cup round was held at the end of October with Richards putting in an incredible performance for the year finishing fourth place overall in the championship. 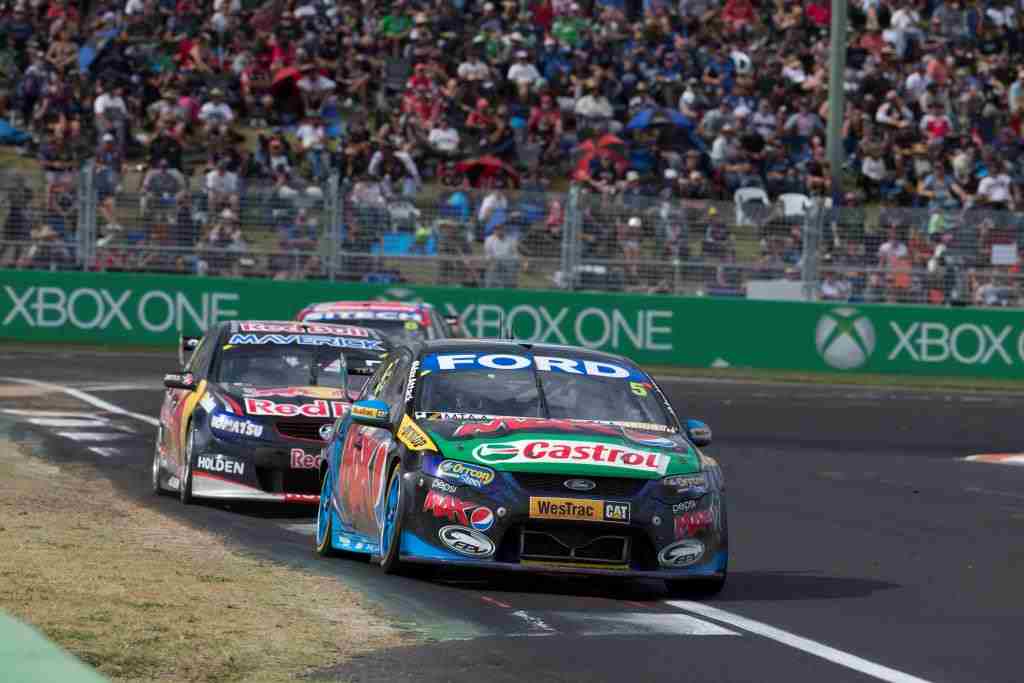