DBC2 @ The 26th Year of Summernats 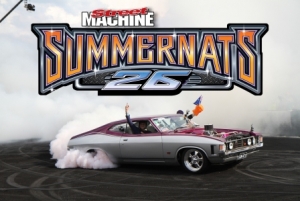 We are nearly at the end of January, which means that Summernats has truly come and gone for the year 2013. Held at the Exhibition Park in Canberra from the 3rd – 6th of January, the 26th year of Summernats proved to be much like the meaning behind the number 26. Linking together the intuitive number 2 and the peace-making number 6; 26 is the number of success and the 26th year of Summernats was nothing short of this. 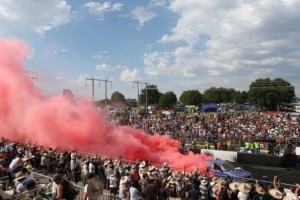 sly to process and oversee the media accreditation process, secure sponsors, initiate ticket giveaways and secure various television networks, radio stations and newspapers to promote the event. This all proved to be very successful. 101,486 people attended the car event over the sweltering four days heat in the Nation’s Capital; a strong increase from the 90,000 who attended the previous year’s. Entrant numbers were also up by over 15% last year, with a total of 1767 entrants. 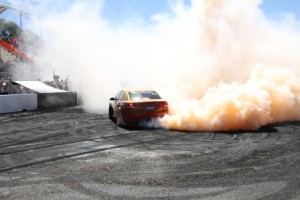 Speaking of burnouts, this year Summernats 26 set a goal for themselves. They announced that they would be attempting to set a new Guinness World Record at the event for the largest simultaneous burnout. To set the world record, a minimum of 50 cars will have to do a sustained stationary burnout for at least 10 seconds at the same time. This was too easy. On Friday the 4th January, history was made as Summernats 26 set a world record of 69 cars performing the largest simultaneous burnout for a consecutive 30 seconds.

Overall, Summernats 26 was shown to be the year of success, history-making and champions. Top car constructor and green homes builder Mick Fabar was the overall winner of Summernats 26, taking out the Grand Champion award. His 1967 model XR Falcon sedan was recognised as the best of the best by Summernats judges. Labelled ZERO’D, Fabar’s car is the world’s first ecofriendly Super-Elite Muscle Car, a 600 horsepower, turbocharged, biodiesel V8-powered sedan built with a ‘zero carbon footprint’ approach. 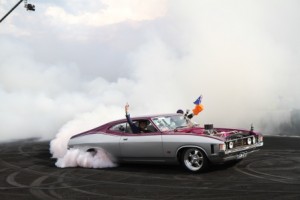