DBC2 Motorsport Not Just All Talk! 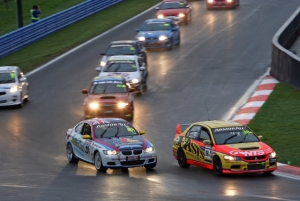 So often we hear about staff and management of companies not actually getting down and dirty in the hands on participation of their industries, but DBC2 Motorsport Manager Matt MacKelden not only talks motor sport in the board rooms of some of Australia’s biggest companies, he lives it, breathes it, and sometimes even competes in it!
Next weekend Matt will attempt to win his class for the third time in as many starts at the LiquiMoly Bathurst 12 Hour round the clock classic at Mount Panorama, Bathurst.
Bathurst 12 hour DBC2

Matt will saddle up with his regular team Lynton Motorsport with co-drivers Beric Lynton and V8 Utes front runner Andrew Fisher in what is believed to be the world’s only BMW 1M race car and said that driving such a car is both exciting and little nerve racking.

“Driving in a 12 hour race is such a mental game because you have other drivers that deserve their time behind the wheel, plus the car usually belongs to someone else and you don’t want to break their toy, but to have such a rare car at your control adds to the pressure and excitement,” he said. 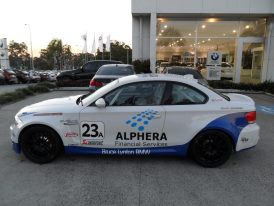 “The entry
list for this year’s event is HUGE and contains some extremely fast cars so it’s going to be a real challenge to stay out of their way, but also make sure we are fast enough to stay ahead of the competition in our class.”
Matt previously won the V8 Ute Class in 2010 in some of the worst conditions ever seen at Mount Panorama, and then the GT4 Class in a BMW M3 in 2011 again teaming up with Lynton but said this year would be the team’s biggest challenge.

“This year we are in Class D Production High Performance which contains a number of BMW’s plus a Subaru WRX, and a Ford FPV GT so our work will be cut out for us,” he said.

“The 1M is new race car and I think reliability will be our biggest concern, so we will just drive our race, treat the car with respect, and try to make sure we are in a good position with a few hours to go.”

So the next time Matt sits in front of you to talk about the ups and downs of Motorsport, you can believe what he says because he’s been there, done that and is doing it tomorrow!
The LiquiMoly Bathurst 12 Hour is considered to be one of the hardest and most gruelling races on the Australian motor racing calendar and all the staff DBC2 wishes Matt the best of luck, and the safest of journeys and hopes he can bring home another trophy to add to the DBC2 Motorsport trophy cabinet.
Matts result, good bad or ugly will be reviewed in the February addition of the DBC2 newsletter!